Do you want a teacup pomeranian? You’re not alone. These dogs are becoming increasingly popular, but there are some things you should know before you buy one.

How much does a teacup pomeranian cost

A teacup Pomeranian is a very small dog breed that typically weighs between 3 and 7 pounds. They are one of the most popular dog breeds in the world and have been bred since the 1800s. Teacup Pomeranians are not a separate breed from regular Pomeranians, but rather they are just smaller versions of the regular Pom. The term “teacup” is used to describe dogs that are smaller than average and this can apply to any dog breed, not just Pomeranians.

So how much does a teacup Pomeranian cost? Prices for teacup Poms can range anywhere from $500 to $5,000 depending on the breeder and the individual dog’s lineage. However, on average, you can expect to pay around $1,500 for a healthy, well-bred teacup Pomeranian puppy.

Some people may be tempted to purchase a teacup Pomeranian from a pet store or online breeder, but this is not recommended. These dogs often come from puppy mills and have numerous health and behavioral problems. It’s best to find a reputable breeder who specializes in teacup Pomeranians and who can provide you with references from previous customers.

If you’re thinking about adding a teacup Pomeranian to your family, be prepared to pay a bit more than you would for a regular-sized Pom. But remember, these little dogs are full of personality and love, and they will bring you years of joy and companionship. 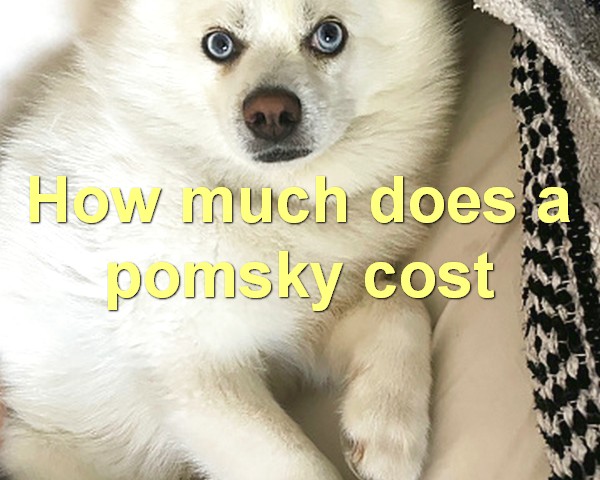 A pomsky is a hybrid dog breed that is a cross between a Pomeranian and a Siberian Husky. They are small in size, but they have the thick fur and luscious coat of a Husky. Pomskys are also known for their friendly dispositions and their intelligence.

So, how much does a pomsky cost?

Well, the price of a pomsky will vary depending on a number of factors, including the breeder, the bloodline, the location, and the overall quality of the dog. However, you can expect to pay anywhere from $1,000 to $3,000 for a healthy pomsky puppy.

If you are looking for a top-quality pomsky with an excellent pedigree, then you may have to pay closer to $3,000. But, if you are willing to compromise on some of the finer points, then you can probably find a pomsky for less than $2,000.

Of course, the price is not the only thing that you need to consider when you are thinking about adding a pomsky to your family. You will also need to factor in the cost of food, medical care, grooming, and other necessary expenses. When all is said and done, you should expect to spend at least $500 per year on your pomsky – and that’s just for the basics!

So, there you have it! That’s everything that you need to know about how much pomskys cost. Just remember to do your research before making any final decisions – and don’t forget to factor in the ongoing costs of owning a dog.

How much does a teacup pomeranian weight

A teacup Pomeranian is a very small dog breed, with adults weighing only 3 to 7 pounds. They are the smallest of the Pomeranian breeds, and their small size makes them very popular pets. However, their small size also means they are at risk for health problems.

What is the average lifespan of a teacup pomeranian

When it comes to finding out the average lifespan of a teacup pomeranian, things can get a little tricky. Though these pint-sized pups are undeniably adorable, their small size also means they’re susceptible to a number of health issues that can shorten their life span.

On average, teacup pomeranians live between five and seven years. However, some teacup poms have been known to live as long as 10 years with proper care and nutrition. The key to extending your teacup pom’s life is to be aware of the health risks associated with their tiny size and take steps to mitigate them.

One of the most common health problems faced by teacup pomeranians is hypoglycemia, or low blood sugar. This can be caused by anything from excitement or stress to not eating enough throughout the day. If your teacup pom experiences a drop in blood sugar, it can result in seizures or even death. To prevent this, make sure your pup always has access to fresh water and small meals or snacks throughout the day.

Another concern for teacup pomeranians is their fragile bones. Because they’re so small, their bones are more susceptible to breaks and fractures than those of larger dogs. Be careful when handling your teacup pom and avoid letting them jump off of high surfaces.

Finally, teacup pomeranians are also at risk for respiratory problems due to their small chest cavity and short nose. This can make it difficult for them to breathe, especially in hot or humid weather. If you notice your teacup pom struggling to catch their breath, seek veterinary attention immediately.

By taking steps to protect their health and being aware of the risks associated with their size, you can help your teacup pomeranian enjoy a long and happy life.

1. Feed them a high-quality diet: Teacup pomeranians are small dogs with big appetites. They need a diet that is high in protein and fat to help them grow and stay healthy.

2. Keep them warm: Teacup pomeranians are prone to cold weather and need to be kept warm. Use a sweater or coat when taking them outside and make sure their bedding is cozy.

3. Exercise them daily: Even though they are small, teacup pomeranians need daily exercise to stay fit and healthy. A short walk or play session will do the trick.

4. Brush their teeth regularly: Teacup pomeranians have sensitive teeth and gums and need to have their teeth brushed regularly. Use a soft-bristled toothbrush and do not overdo it.

5. Get them groomed regularly: Teacup pomeranians need to be groomed more often than other dogs because of their long coats. Make sure to brush their fur and trim their nails regularly. 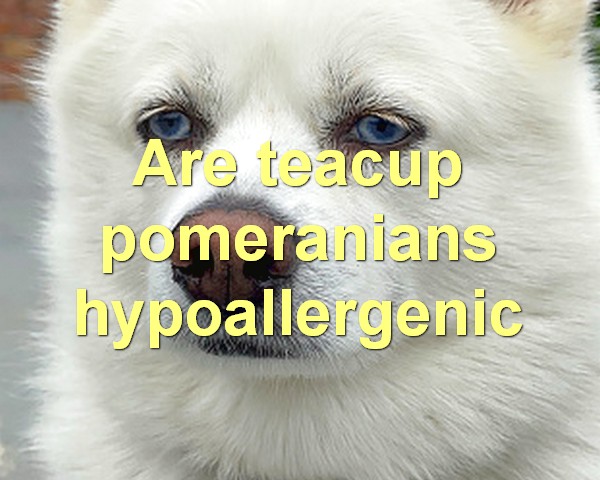 Are teacup pomeranians hypoallergenic? This is a question that many people ask when they are looking for a new furry friend. The answer is yes and no. Teacup pomeranians are not 100% hypoallergenic, but they are considered to be low allergen dogs. This means that they are less likely to cause an allergic reaction in people who are allergic to dogs. There are many reasons why teacup pomeranians are considered to be low allergen dogs. One reason is that they do not shed as much as other dogs. This means that there is less dander (dead skin cells) in the environment around them. Another reason is that they have less saliva than other dogs. This is because they have smaller mouths and therefore produce less saliva. This means that there is less of the allergen-containing protein, known as Can f 1, in their saliva. Teacup pomeranians also tend to have less dander on their skin than other dogs. This is because they have less hair, which traps the dander close to the skin. Teacup pomeranians are not the only low allergen dog breed. Other breeds include bichon frises, Maltese, poodles and Yorkshire terriers. If you are looking for a hypoallergenic dog, then you may want to consider one of these breeds.

So, what exactly is the difference between a teacup Pomeranian and a regular Pomeranian? The biggest difference is size, of course. Teacup Pomeranians are typically around 3 pounds or less, while regular Pomeranians usually weigh between 3 and 7 pounds. Because they are so small, teacup Poms often have a higher risk of health problems than their larger counterparts. For example, they are more prone to hypoglycemia (low blood sugar) and tracheal collapse (when the cartilage in the trachea weakens and collapses).

Another difference between teacup Pomeranians and regular Pomeranians is price. Teacup Poms are often sold for significantly more money than regular Poms, sometimes even doubling the price. This is because they are considered to be more “exclusive” and “rare.” However, many experts believe that teacup Pomeranians are actually just runts of the litter and that responsible breeders would never sell them for such an inflated price.

So, there you have it! The main differences between teacup Pomeranians and regular Pomeranians are size and price. Of course, there are also some health risks that come along with being a teacup Pom, but that doesn’t mean they’re not still adorable little dogs!

How do I potty train a teacup pomeranian

The first step in potty training a teacup Pomeranian is to choose the right type of potty area. If you live in an apartment or other small space, an indoor potty area is best. There are many different types of indoor potty areas available, including potty pads, artificial turf, and real grass. Choose the option that best suits your needs and lifestyle.

Next, create a consistent potty routine for your teacup Pomeranian. Take them to their potty area at the same time each day and allow them to sniff around and explore for a few minutes before actually going to the bathroom. Once they start going to the bathroom, praise them enthusiastically and give them a treat.