If you’re considering getting a Pomsky, you’re probably wondering about how big they’ll get. Here’s what you need to know about the average size of a Pomsky when full grown.

What is the average size of a pomsky when full grown

Pomskies are a hybrid of two popular dog breeds: the Pomeranian and the Siberian Husky. These dogs are relatively new to the pet scene, but they’re already becoming quite popular due to their small size, cute appearance, and friendly personality.

Pomskies typically weigh between 15 and 30 pounds when full grown, with the average weight being around 20 pounds. They usually stand between 10 and 15 inches tall at the shoulder.

While Pomskies can come in a variety of colors, the most common coat colors are black and white, brown and white, or red and white. These dogs have a thick double coat that helps keep them warm in cold weather.

Pomskies are active dogs that need plenty of exercise. They’re also very intelligent and can be easy to train. However, they can also be stubborn and independent, so it’s important to start training early.

Overall, Pomskies make great family pets. They’re good with children and other pets, and they’re small enough to live in apartments or homes with limited space. If you’re looking for a cute, cuddly, and low-maintenance dog, the Pomsky may be the perfect breed for you!

How do you know when a pomsky is full grown 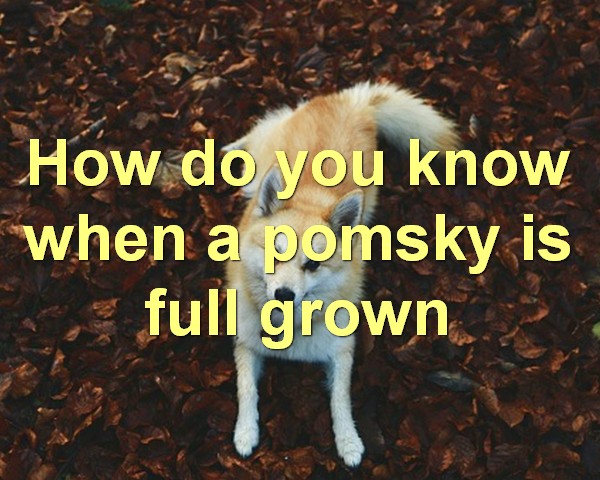 A pomsky is a designer dog breed that is a cross between a Pomeranian and a Siberian Husky. These dogs are known for their small size, their thick fur coats, and their friendly dispositions. While they make great pets, it’s important to know how big they will get before you commit to adopting one.

So, how do you know when a pomsky is full grown? Unfortunately, there is no definitive answer. This is because there is a lot of variation in the size of these dogs, even within the same litter. Some pomskys may only grow to be 10 pounds, while others may reach up to 30 pounds.

The best way to predict the adult size of your pomsky is to look at the size of their parents. If both the Pomeranian and the Siberian Husky parent were on the smaller side, then it’s likely that your pomsky will be too. Conversely, if both parents were larger breeds, then your pomsky will probably be on the bigger end of the spectrum.

Of course, even if you know the average size that pomskys grow to be, it’s impossible to say exactly when your dog will reach their full adult size. They may continue to fill out and add muscle until they are 18 months old or even older. So, if you’re looking for a specific answer to the question “How do you know when a pomsky is full grown,” the best thing to do is ask your veterinarian.

What is the maximum size a pomsky can reach when full grown?

Pomskies are a hybrid dog breed that is a cross between a Pomeranian and a Siberian Husky. These dogs are known for their small size, and they typically only grow to be about 10-15 pounds when fully grown. However, there have been some reports of pomskies reaching up to 20 pounds or more. While there is no official “maximum” size for this breed, it seems that the majority of pomskies stay on the smaller side.

How big do pomskies get when fully grown

Pomskies are a hybrid dog breed that is a cross between a Pomeranian and a Siberian Husky. They are typically born to smaller Pomeranian parents and may inherit some of the Husky’s size. However, full-grown Pomskies typically range from 10 to 15 pounds and stand about 12 to 16 inches tall at the shoulder. Some have even been known to grow up to 20 pounds!

What is the average weight of a pomsky when full grown

There are many factors to consider when wondering what the average weight of a pomsky when full grown may be. Pomeranians and Siberian Huskies are two completely different breeds, with the former typically standing no taller than a foot and weighing no more than seven pounds. On the other hand, Siberian Huskies can grow to be over two feet tall and weigh upwards of 60 pounds. Therefore, it’s hard to give an exact answer when it comes to the average weight of a pomsky when full grown. However, most pomskys will fall somewhere in the middle of these two extremes, usually weighing between 20 and 30 pounds once they reach adulthood. 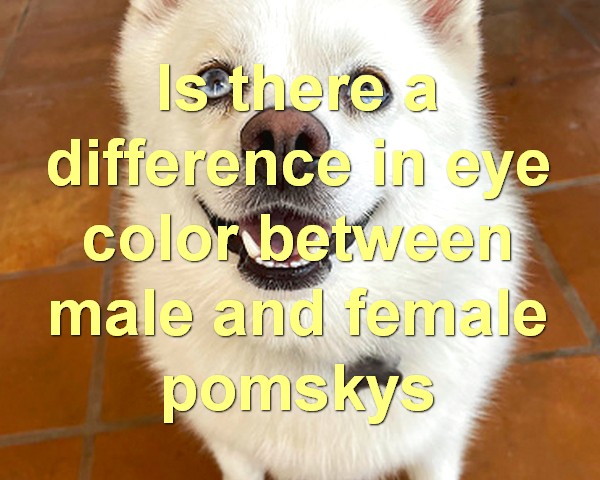 While there is a size difference between male and female pomskies when they are full-grown, it is important to remember that each dog is an individual. So, even though males may be generally larger than females, there will always be some exceptions to the rule. Ultimately, the size of your pomsky will depend on a variety of factors, including genetics and diet.

A pomsky is a hybrid or designer dog breed that is created by crossing a Pomeranian with a Siberian Husky. These dogs are still quite new, so there isn’t a whole lot of information available about them yet. However, we do know that they are growing in popularity quickly!

One question that many people have about pomskys is how big they will eventually get. This is tough to answer since there is a lot of variation within the breed. Some pomskys may only reach 10-15 pounds as adults, while others may grow to be closer to 30 pounds.

Overall, it is safe to say that most pomskys will fall somewhere in the middle of these two extremes. If you are interested in getting a pomsky, be sure to do your research and find a reputable breeder. This way, you can get an idea of what size your pup is likely to be as an adult.

Do all pomskies reach the same size when full grown

Pomskies are a relatively new hybrid dog breed, so there isn’t a ton of information out there about them just yet. However, we can make some educated guesses based on the parent breeds’ size ranges.

Pomeranians typically weigh between 3 and 7 pounds when full grown, while Siberian Huskies can range anywhere from 35 to 60 pounds. So, it stands to reason that a Pomsky would likely fall somewhere in the middle of those two extremes, probably averaging around 20 pounds full grown.

Of course, every dog is unique and will grow to its own size, so there will always be some variation within any breed. But if you’re looking for a general idea of how big your Pomsky might be when he’s all grown up, 20 pounds is a good estimate.

What factors affect a pomsky’s size when full grown

When it comes to size, there are a few key factors that affect a pomsky’s size when full grown. The first is the ratio of husky to pomeranian in the dog’s lineage. A higher proportion of husky ancestry will result in a larger dog, while a higher proportion of pomeranian ancestry will result in a smaller dog. Another factor that affects size is whether the dog is male or female; females are typically smaller than males. Finally, diet and exercise can also play a role in a pomsky’s size; if a dog is well-fed and exercised, they are more likely to reach their full potential size.

Can a pomsky’s size change after it is full grown

Yes, a pomsky’s size can change after it is full grown. This is because a pomsky is a hybrid of a Pomeranian and a Siberian Husky, and the two breeds have different growth rates. A Pomeranian typically reaches its full adult size by 12 months old, while a Siberian Husky may not reach its full adult size until it is 2 years old. So, if a pomsky is born to parents of different sizes, it is possible that the pomsky will grow to be larger or smaller than either parent.