Pomskies are the newest and most popular dog breed, and for good reason! They are incredibly cute, small, and low-maintenance. But what else do you need to know about Pomskies?

What is a pomsky

A pomsky is a designer dog breed that is a cross between a Pomeranian and a Siberian Husky. These dogs are typically smaller than a Husky, but larger than a Pomeranian. They have the thick fur coat of a Husky, but the coloring and markings of a Pomeranian. Pomskies are known for being intelligent, playful, and loving dogs.

So, what exactly is a pomsky? A pomsky is a hybrid or “designer” dog breed that is created by crossing a Pomeranian with a Siberian Husky. These dogs are usually smaller than Huskies, but larger than Pomeranians. They have the thick fur coat of a Husky, but the coloring and markings of a Pomeranian. Pomskies are known for being intelligent, playful, and loving dogs.

If you’re thinking about getting a pomsky, there are a few things you should know. First, these dogs require a lot of exercise. They are very active and need plenty of space to run around. If you live in an apartment or small home, a pomsky may not be the right dog for you. Second, pomskies can be escape artists. They are known for being able to jump fences and open doors, so it’s important to keep them safe and secure when they’re outside. Finally, pomskies are prone to separation anxiety. This means that theyget anxious and stressed when they’re away from their owners for too long. If you work long hours or travel frequently, a pomsky may not be the best pet for you.

Pomskies are beautiful, unique dogs that make great pets for the right family. If you think you can provide a pomsky with the exercise, space, and attention they need, then this may be the perfect dog for you! 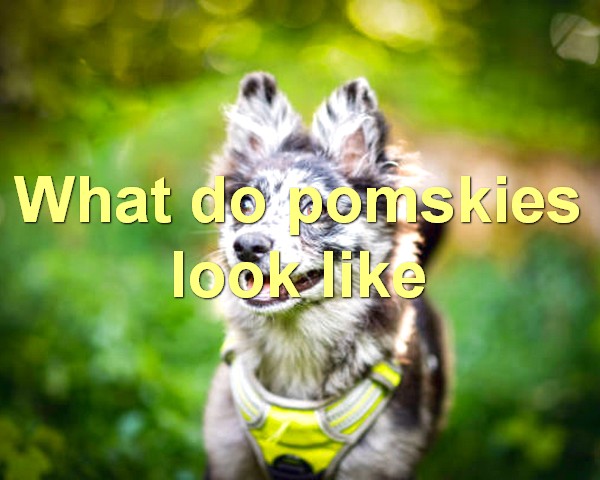 Pomskies are a hybrid dog breed that is a cross between a Pomeranian and a Siberian Husky. They are known for their small size, thick fur coats, and blue eyes. Some pomskies also have one brown eye and one blue eye, which is considered to be very rare and unique.

Pomskies typically weigh between 20 and 30 pounds, and they range in height from 12 to 16 inches. Their thick fur coats come in a variety of colors, including black, white, brown, cream, and gray. The most popular coat color for pomskies is black and white.

Pomskies are considered to be very intelligent and trainable dogs. They are also known for being friendly, playful, and good with children.

Pomskies are a relatively new designer breed of dog, created by crossing a Pomeranian with a Siberian Husky. These dogs are prized for their small size, intelligence and hypoallergenic coats.

Pomskies are said to be hypoallergenic because they inherit the Pomeranian’s double coat. This coat is made up of a dense undercoat and a longer, coarser outercoat. The undercoat sheds heavily twice a year, but the outercoat sheds very little. This combination of shedding cycles is what is thought to make Pomskies hypoallergenic.

While there is no guarantee that any dog will be completely hypoallergenic, the Pomeranian-Siberian Husky mix is a good choice for those looking for a small hypoallergenic dog.

How big do pomskies get

How big do pomskies get? This is a question that many people ask when they are considering adding a pomsky to their family.

Pomskies are a hybrid dog breed that is created by crossing a Pomeranian with a Siberian Husky. These dogs are known for their small size, fluffy coats, and friendly dispositions. They make great companion animals and can be trained to do a variety of tricks.

So, how big do pomskies get? Unfortunately, there is no definitive answer to this question as there is a lot of variation in size within the breed. Some pomskies may only reach 10 pounds as adults while others may grow to be over 30 pounds. The best way to determine how big your pomsky will eventually get is to look at the size of their parents. If both parent breeds are on the smaller side, then it’s likely that your pomsky will also be relatively small. However, if one or both parent breeds are larger, then your pomsky may also be on the bigger side.

While there is no guarantee as to how big your pomsky will eventually get, you can rest assured knowing that they will always be a manageable size that can easily be taken care of in a small home or apartment. So if you’re looking for a furry friend that won’t take up too much space, then a pomsky may be just the right fit for you!

How much do pomskies cost

Pomskies are a mix between a Pomeranian and a Siberian Husky, and they’re one of the most popular designer dogs around. But how much does a pomsky cost?

The answer isn’t as simple as you might think. There are a lot of factors that go into the price of a pomsky, including the breeder, the parents, the coat color, and more.

Generally speaking, you can expect to pay anywhere from $1000 to $3000 for a pomsky puppy. But like we said, there are a lot of variables that can affect the price.

For example, if you want a pomsky with blue eyes, you’ll likely have to pay more than if you wanted one with brown eyes. And if you want a rare coat color like merle, you can expect to pay even more.

Of course, the price isn’t everything. You also need to make sure you’re getting a healthy puppy from a reputable breeder. Otherwise, you could end up spending a lot of money on vet bills down the road.

So, if you’re looking to add a pomsky to your family, be prepared to spend some money. But in our opinion, they’re worth every penny!

What is the difference between a pomsky and a husky 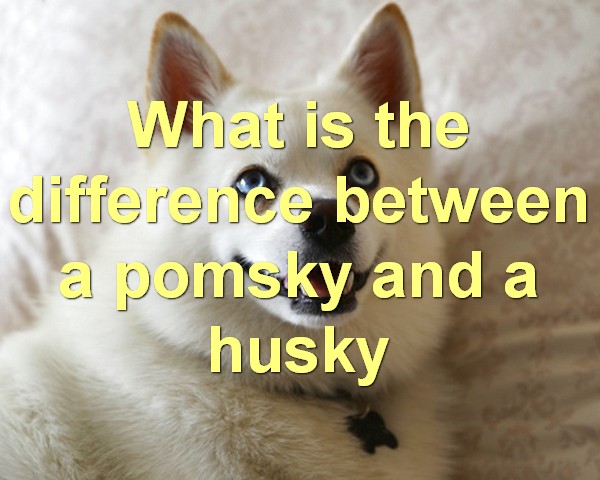 The Pomeranian Husky is a mix between a Pomeranian and a Siberian Husky. They are small in size, but have the thick fur coat and pointed ears of a Husky. Pomskys are very friendly and make great family pets. They are also very active and need a lot of exercise.

Huskies are a purebred dog that was originally bred in Siberia. They are known for their thick fur coats, which keep them warm in cold climates. Huskies are also very friendly and make great family pets. However, they are also very active and need a lot of exercise.

What is the difference between a pomsky and a pomeranian

A pomeranian is a small, spitz-type dog breed originally from Pomerania, Germany. Pomeranians are known for their fluffy coats, which can be either straight or curly. They are also relatively intelligent and easy to train. Pomeranians typically weigh between 3 and 7 pounds (1.4 and 3.2 kg), and they have a lifespan of 12 to 16 years.

Pomskies, on the other hand, are a relatively new hybrid breed of dog that combines the best features of both Pomeranians and Siberian Huskies. Pomskies typically have a thick double coat of fur that can be either straight or wavy, and they come in a variety of colors including black, white, brown, red, and gray. They typically weigh between 20 and 30 pounds (9 and 14 kg), and they have a lifespan of 12 to 15 years.

Pomskies are a relatively new type of dog, created by breeding a Pomeranian with a Siberian Husky. As such, they can inherit traits from either parent breed, and one of the most common questions people ask about them is whether or not they shed.

The answer to this question is that yes, pomskies do shed. However, they don’t shed as much as some other dog breeds. This is because both Pomeranians and Siberian Huskies have double coats, which means they have a layer of dense fur beneath their outer coat of longer hair. The dense fur helps to trap any loose hair, preventing it from falling out and ending up on your furniture or clothes.

So, if you’re looking for a dog that doesn’t shed much, a pomsky may be a good option for you. Just be prepared to do some regular brushing to help keep their coat in top condition.

Are pomskies good with kids

Pomskies are a hybrid dog breed that is a cross between a Pomeranian and a Siberian Husky. They are known for being small, intelligent, and friendly dogs. Pomskies make great family pets and are especially good with children.

Pomskies are a relatively new dog breed, having only been around for a few decades. However, they have quickly become popular due to their unique appearance and pleasant dispositions. Pomskies are typically between 10 and 20 pounds and stand 12 to 16 inches tall at the shoulder. They have thick, fluffy coats that can be either straight or wavy and come in a variety of colors including black, white, brown, red, and gray.

Pomskies are intelligent dogs that are easy to train. They are also very playful and affectionate, making them great pets for families with children. Pomskies do best in homes where someone is home most of the time as they do not like being left alone for long periods of time. They need daily exercise and enjoy playing fetch, going for walks, and running around in the yard.

If you are looking for a small, intelligent, and friendly dog breed that does well with children, then the pomsky may be the perfect breed for you!

Are pomskies easy to train